For Christmas, I'm posting this excerpt from John Calvin…


And in the same region there were shepherds out in the field, keeping watch over their flock by night. And an angel of the Lord appeared to them, and the glory of the Lord shone around them, and they were filled with fear. And the angel said to them, “Fear not, for behold, I bring you good news of great joy that will be for all the people. For unto you is born this day in the city of David a Savior, who is Christ the Lord.
(Luke 2:8-11 ESV)

It would have been to no purpose that Christ was born in Bethlehem, if it had not been made known to the world. But the method of doing so, which is described by Luke, appears to the view of men very unsuitable. First, Christ is revealed but to a few witnesses, and that too amidst the darkness of night. Again, though God had, at his command, many honorable and distinguished witnesses, he passed by them, and chose shepherds, persons of humble rank, and of no account among men. Here the reason and wisdom of the flesh must prove to be foolishness; and we must acknowledge, that “the foolishness of God” (1 Corinthians 1:25) excels all the wisdom that exists, or appears to exist, in the world. But this too was a part of the “emptying of himself,” (Philippians 2:6:) not that any part of Christ’s glory should be taken away by it, but that it should lie in concealment for a time. Again, as Paul reminds us, that the gospel is mean according to the flesh, “that our faith should stand” in the power of the Spirit, not in the “lofty n words of human wisdom,” or in any worldly splendor, (1 Corinthians 2:4,5) so this inestimable “treasure” has been deposited by God, from the beginning, “in earthen vessels,” (2 Corinthians 4:7) that he might more fully try the obedience of our faith. If then we desire to come to Christ, let us not be ashamed to follow those whom the Lord, in order to cast down the pride of the world, has taken, from among the dung of cattle, to be our instructors.
Posted by Matt Gumm at 12:26 PM No comments: Links to this post

So, the official final count for this year was 22,610. And even though "we're all winners," in someone's book, in my book I'm bummed that I couldn't do it.

Well, I was hoping to get something done for this month, but this will have to suffice. Too many things going on…among them NaNoWriMo.

More about that soon, I hope.

Posted by Matt Gumm at 10:38 PM No comments: Links to this post

Here's something I said awhile back (more than 5 years ago), but I still like it...

If God's work is to save sinners;
And if all who He elects will come to faith;
And if faith in Jesus is the means by which He accomplishes this salvation;
Then all who are elect will hear about Jesus, so that they can be saved.

Since I've been too busy to blog, I'll have to settle for this.

Posted by Matt Gumm at 1:47 PM No comments: Links to this post 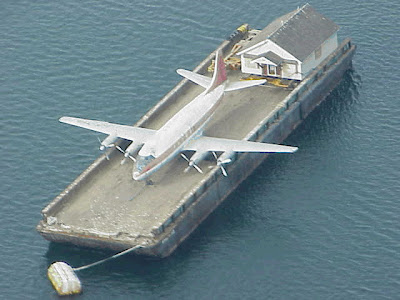 Still Reforming was starting to hunger for content, so I thought I'd provide you with a sneak peak of the HMCS No Guff, the latest aircraft carrier to join the Royal Canadian Navy.
Posted by Neil at 3:16 PM 3 comments: Links to this post

There are a lot of posts flying around the blogosphere concerning the various views of Hell, so I'm gonna devote some space to it, as time permits. Starting with this.

Back in 2006, there was a blogpost which excerpted Jonathan Edwards and asked why contemporary pastors don't preach about the reality of Hell anymore.

Somewhere down in the comment section, I posted this excerpt from a biographical talk John Piper gave on Jonathan Edwards.

And for many text books, Edwards is no more than a gloomy troubler of the churches in those days of Awakening fervor. So what we get as a sample of latter-day Puritanism is an excerpt from his sermon, "Sinners in the Hands of an Angry God."…

And so the kids are given the impression that Edwards was a gloomy, sullen, morose, perhaps pathological misanthrope who fell into grotesque religious speech the way some people fall into obscenity.

But no high school kid is ever asked to wrestle with what Edwards was wrestling with as a pastor. When you read "Sinners in the Hands of an Angry God" (which you can do in the Banner of Truth two-volume collection of his works), you see quickly that Edwards was not falling into this kind of language by accident. He was laboring as a pastor to communicate a reality that he saw in Scripture and that he believed was infinitely important to his people.

And before any of us, especially us pastors, sniffs at Edwards' imagery, we had better think long and hard what our own method is for helping our people feel the weight of the reality of Revelation 19:15. Edwards stands before this text with awe. He virtually gapes at what he sees here. John writes in this verse, "He [Christ] will tread the wine press of the fierceness of the wrath of God the Almighty."

The words are exceeding terrible. If it had only been said, "the wrath of God," the words would have implied that which is infinitely dreadful: but it is "the fierceness and wrath of God! The fierceness of Jehovah! O how dreadful must that be! Who can utter or conceive what such expressions carry in them?

What high school student is ever asked to come to grips with what really is at issue here? If the Bible is true, and if it says that someday Christ will tread his enemies like a winepress with anger that is fierce and almighty, and if you are a pastor charged with applying Biblical truth to your people so that they will flee the wrath to come, then what would your language be? What would you say to make people feel the reality of texts like these?

Edwards labored over language and over images and metaphors because he was so stunned and awed at the realities he saw in the Bible. Did you hear that one line in the quote I just read: "Who can utter or conceive what such expressions carry in them?" Edwards believed that it was impossible to exaggerate the horror of the reality of hell.

High school teachers would do well to ask their students the really probing question, "Why is it that Jonathan Edwards struggled to find images for wrath and hell that shock and frighten, while contemporary preachers try to find abstractions and circumlocutions that move away from concrete, touchable Biblical pictures of unquenchable fire and undying worms and gnashing of teeth?" If our students were posed with this simple, historical question, my guess is that some of the brighter ones would answer: "Because Jonathan Edwards really believed in hell, but most preachers today don't."

What was true five years ago is even more so today. The reality of Hell, and the need to convey it as Edwards did, in vivid, picturesque language (because that reality is far worse than the picture), may never be more needed as it is right now. It is needed in the Church, to reinforce for us the necessity and urgency of evangelism, and it is needed in the world, to help people understand the sinfulness of sin, and the sacrifice of the Savior.

More of me, elsewhere

So while this blog languishes, I thought I would let you know of two other ways you can read my musings more often.

First, you can find me on Facebook & Twitter. Yeah, I know—I didn't want to be a social media lemming either, but there is a lot more opportunity for interaction. Kinda reminds me of the early blogging days (c. 2005-6).

Second, I am one of the contributors at the revamped Calvinist Gadfly blog. Although the group hasn't been at it very long, it has already been both edifying and enjoyable. We hope you'll find it that way as well.

The Difference Between Justification and Sanctification

This explanation of the difference between justification and sanctification is from the Westminster Larger Catechism.

A. Although sanctification be inseparably joined with justification, yet they differ, in that God in justification imputeth the righteousness of Christ; in sanctification his Spirit infuseth grace, and enableth to the exercise thereof; in the former, sin is pardoned; in the other, it is subdued: the one doth equally free all believers from the revenging wrath of God, and that perfectly in this life, that they never fall into condemnation; the other is neither equal in all, nor in this life perfect in any, but growing up to perfection.

Our pastor just started preaching through the book of Job, and I thought I'd throw out some comments and observations as we go through it. Here's my initial pass.

First off, Job is considered a literary masterpiece. I have an older version of the Norton Anthology of World Literature, and Job merits an appearance there.

Second, it is a tough book to cover expositionally. It is one of the few books John Calvin didn't write a commentary for (although it appears that he preached at a least a few sermons on it). A quick look around the internet showed one well-known pastor had no sermons on it; another one had one article and five devotionals; a third had preached eight sermons, one of which covered from Chapter 2 all the way through Chapter 31.

Pastor Rob told us this past week that he had looked for sermons on Chapter 3, couldn't find much. I did a quick Google search later on in the afternoon and came up with this on the page 1 results:

When you add to what's already been said the fact that Job is primarily poetry—Hebrew poetry—and you have something which on the face of it, seems to be more suited for being handled in the literature class than it does from the pulpit, and that the typical tact of tackling the book in broad-brush style seems there for good reason.

And yet, during his first two sermons, Pastor Rob has indicated that there are many lessons we can draw from Job, including not just the obvious (how to suffer well), but also how to give advice, how theology drives advice-giving, and several other things, not to mention what I consider one of the most important things, which is seeking to understand the book in its proper literary context and it's proper biblical context. It's an invitation that many others have declined, and so I commend him for doing his part to fill up what is lacking in this area, so to speak.

Posted by Matt Gumm at 6:15 PM No comments: Links to this post

Really intended to do more blogging this month, but just couldn't find the time.

Saw this today, and thought it was worth highlighting. Tabletalk Magazine tweeted a link to John Newton's advice on dealing with theological opponents. Excellent and very timely advice, particularly in the age of social media.

Posted by Matt Gumm at 10:10 PM No comments: Links to this post